Everyone thinks they are a procrastinator, because everyone sometimes puts things off until later. If you get into a conversation with someone about procrastination, nearly everyone will say “oh, yeah, I’m a terrible procrastinator!” Even the guy who started his own business, works 80 hours a week, has 3 kids, and still manages to go mountain climbing every weekend and run a website that rates the most hilarious beer-bottle logos from around the world.

“Really?” I always want to ask this person, whose name may or may not be Steve. “Have you ever put an important task or phone call off five or six times a day, for an entire week, to the point that every moment you aren’t distracting yourself with video games or jello shots you so stressed about it you can’t focus on anything else? Have you ever put off a minor and fairly easy task for an entire year, even though not doing it had a serious negative effect on your life?”

It doesn’t make sense. It isn’t rational. But to the True Procrastinator, those of us who could put things off for England, it doesn’t matter. We can’t explain it or justify it any more than those people who are always late to things for absolutely no good reason. Man, I hate those people. One of these days I am going to write a big long rant about how much their lateness inconveniences the rest of us and send it to them. But not today. Definitely not today.

To the True Procrastinator, procrastination is nearly an end in an of itself. The act of putting something off isn’t passive. There is a moment where you decide not to do something, and it floods you with the same sort of rush as a smoker who takes that first drag after three hours stuck in an elevator with an old nun wearing a respirator.

Just the other day I noticed a component of my own compulsive procrastination that I never noticed before. I call it the Procrastination Trigger. The best way to explain it is by example.

For the last year I’ve been in regular email correspondence with my oldest friend. We’ve known each other since 9th grade, and like most length friendships we’ve fallen in and out of regular communication over the years. A year ago he had a baby–or maybe it was his wife, I’m not clear on the details–and since we don’t see each other as much as we like, we instead send each other long and heart-felt emails about stresses and difficulties and everything else on earth.

Whenever he sends me one of these emails I want to respond right away. But much of the time I don’t. Sometimes I put it off for weeks for absolutely no reason. During those weeks, I sit down to respond every single day. But instead I check Facebook. Or watch an episode of Adventure Time. Or fiddle with settings on my phone for 20 utterly wasted minutes. Sometimes he sends yet another email before I get around to responding. When I do respond, I always start with “Sorry it took so long to respond!” Even though I know he doesn’t mind. He sometimes takes a long time to respond, too.

Yesterday he sent me an email. My previous email had been one of those late responses with the obligatory apology. His reply included the following phrase:

I don’t think anything of it if it you don’t reply, maybe because I explicitly set out in the charter that I was “using” you as a more lightweight form of journaling.

I haven’t replied to his email. Not because I haven’t wanted to, but because of that phrase. I sit down to reply, and my brain screams at me. “What are you doing, you idiot! He gave you an out!”

I have no reason to procrastinate, but I have an excuse. I have an opportunity to put something off and get away with it, guilt free! How can I resist? It’s like walking past a quarter on the street and not picking it up. Sure, an extra quarter will make no difference in my life. But I will feel like an idiot for not taking advantage of the opportunity.

That is the Procrastination Trigger. When life gives the True Procrastinator the chance to procrastinate without consequences, it is much, much more difficult ignore the urge and just do the task. It’s the same mechanism as when you have a bill to pay, but you don’t pay it because there are other bills that are due sooner, which makes it feel silly to pay the first bill when really it shouldn’t be at the top of the priority list. It’s a form of justification that is subtle, powerful, and dangerous, because it makes you put off tasks you might otherwise complete right away.

But this isn’t entirely pessimistic. If you know about the Procrastination Trigger it weakens its effect on you. If you admit that you are under its thrall, if you keep a constant eye out for it, it is easier to resist. It isn’t effortless. It will never be effortless. But there is power in admitting that you put things off not because you have a good reason, but because you get psychological satisfaction from the practice of procrastination.

But it’s a start. 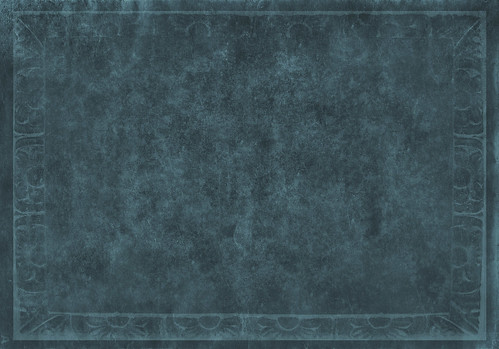