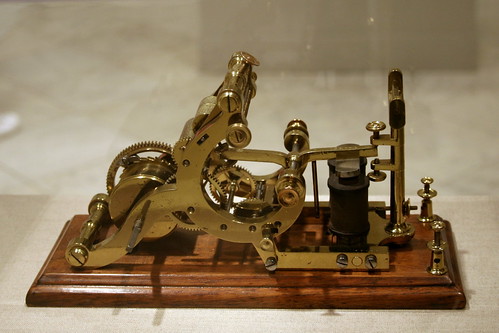 When do you come with your most interesting and creative ideas? If you are like most people, you say “in the shower,” “while driving,” or “while out for a walk.” Or, if you are a particularly pessimistic person, “right before I go to sleep so I have no possibility of writing it down before it’s sucked up into my inevitable nightmares.”

Let’s ignore that last one for a moment and focus on the first three. What do showering, driving, and walking all have in common? If it’s raining and your car has a moon-roof that won’t close, the answer might be “it’s wet.” But assuming none of that is true, the important answer is that these are all physical activities that are easy for you. Your body and the automated parts of your brain on focused on an activity, but they don’t have to try too hard. You don’t have to think about how to lather up your hair or put one foot in front of the other.

It’s true that lots of things are easy. Sitting in front of your computer with your fingers on the keyboard is easy. Lying in bed on a Saturday morning is easy. But often those are the worst situations for coming up with ideas. So what else do showering, walking, and driving have that makes them such fertile soil for ideas?

The part that is busy is the part that fiddles with coins in your pocket or tears up the corners of paper menus into tiny shreds that the waitress will have to deal with later. It’s the part that compulsively checks Facebook, not because you want to check Facebook three minutes after you checked it when all of your friends were asleep and there was nothing going on to make it worth checking the first time let alone again, but because it has nothing else to do. In other words, automatic activity occupies the part of your brain that is easily distracted.

Meanwhile, your higher functions are unburdened. On the one hand, they are not distracted by stupid things like Facebook and paper menus. On the other hand, they are not engaged by legitimately difficult tasks like math equations or character dialogue. This leaves your mind free to wander and free associate under the purest and best possible conditions. In other words, it is supercharged for creativity.

Daniel Coyle discusses the link between automaticity and creative thinking in The Talent Code. In his research into why Brazillian soccer players are so creative while they play, he discovered that the secret is, contrary to what intuition would suggest, rote practice.

The Brazillians practice the basic skills so thoroughly and under such ideal conditions that those skills become automatic. When the players are in the middle of the game the motor programs in their brain take control of the task of moving the ball, and their higher functions are free to analyze the field and the other players and devise with creative solutions to obstacles. If you’ve ever performed a high-intensity task that you knew so well that the world seemed to slow down in front of you, you’ve experienced this effect for yourself.

Automaticity has the powerful ability to shut down the parts of your brain that inhibit the creative process, and allow the awesome, creative part of you to go to town. In the next post we’ll talk about some specific ways to put all of this into practice.