← Automatic Creativity In Action
The Only Important Step →

What Old-Timey Photography Can Teach You About Writing 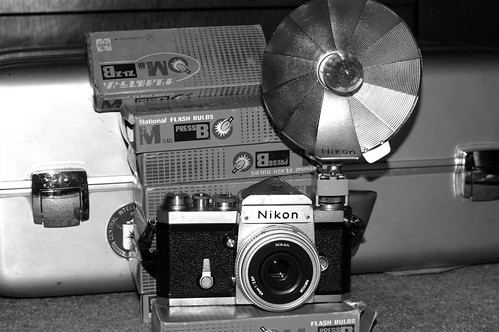 Let’s start with a universal question. Or, if you prefer, a cliché: What were you doing when you heard that an airplane had crashed into the twin towers?

Every generation has moments like this. The bombing of Pearl Harbor. The Kennedy assassination. The Challenger explosion. You’ve probably read dozens of articles that begin with this question. They are cliche for a reason.

Chances are you not only remember where you were and what you are doing, but that you remember it in exceptional detail. More vividly than whatever you were doing a week before that day or a week after. You have many memories like this crawling around your brain. Memories of moments of shock and intense emotional revelation.

Some are shared cultural experiences and some of them are personal. Maybe you have a similar memory of the moment you learned of the death of a loved one. Or the first time you bit down on a Twinkie, if you are a particularly intense Twinkie fan.

Experimental psychologists call these types of memories flashbulb memories, a term coined by Brown and Kulik in a 1977 study. They have certain features in common:

There are various theories about how flashbulb memories are formed and why they stand out so strongly. Emotional impact appears to be a major factor. Another is that they last longer because you revisit flashbulb memories and tell them to others over and over throughout your life.

As writers we all strive to create moments with our prose that stand out in our readers’ minds. A major reason that we put our words down on paper is so that they are remembered and discussed when we aren’t around, or after we are gone. As such, flashbulb memories have a lot to teach us about what kinds of things people remember most vividly.

When crafting a piece of writing, whether it be a fictional interchange between two lovers or a recounting of real-life drug addiction in Central Africa, the more your readers remember it the more of an impact it will have. It can be the most intense scene ever written, but if it is forgotten three minutes after it is read it might as well have been a listing of stamp prices.

Most of us try to make our scenes memorable by making them more emotionally impactful. This is important, but it isn’t enough. It has to have as many of the traits of flashbulb memories as possible so that when people try to remember it their brains can use the processes they already use when creating powerful memories.

That means important scenes need to have:

Chances are there are scenes in books or movies that you remember with the kind of clarity normally reserved for important events in your life. Go back and look at those scenes. More likely than not they had most or all of the properties of flashbulb memories. Put these traits into your own writing and you won’t be easily forgotten.

← Automatic Creativity In Action
The Only Important Step →