Taking a Knife To The Dream 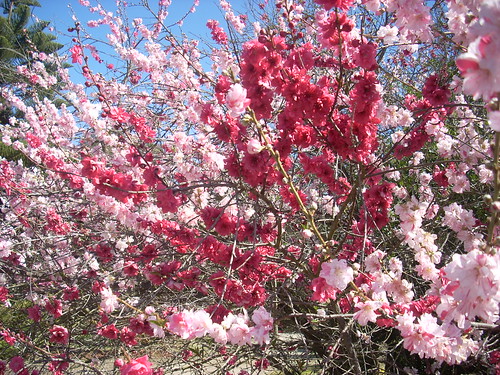 You know those scenes in the heist movie or the superhero movie or the fantasy movie where people are carving arrows and training to shoot from horseback? Or tacking things up on cork boards and coordinating the precise timing between when they will drill the safe and when the alarm goes off? Or drawing Xs on big maps to indicate that when the third bell rings, the scrappy young go-getter with a thirst to prove herself and who is vital to the execution of the plan needs to be here?

I bloody love those scenes. I love them so much that I’m often disappointed when a story moves past the preparation stage and into the relative monotony of execution. I know this indicates a crossed wire in my brain. The excitement built by the planning and prep work is really there to build up tension and expectations for when the horses ride out and things start exploding. But the riding horses bore me, and my brain thinks that if I’ve seen one explosion I’ve seen them all.

It applies in life, too. When we went to Disney World when I was little, I had more fun reading the book and mapping out what we were going to do in the months leading up to the trip than actually going on any of the rides. Well, except Star Tours. Star Tours was life-changing.

Right now, I am writing a novel using the Snowflake Method. The snowflake method is essentially fractal outlining, only pumped up on the stuff that Bane uses to get strong enough to pick up Batman and break the dark knight’s spine over his excessively muscled knee.

I’ve been working on my lovely horrific snowflake for a few months, and I have tens of thousands of words of design documentation. I have a one paragraph, a four paragraph, and four page summary of the entire novel. I have character sheets about each of my 9 characters which include their vocal mannerisms, their big secrets, and their connections to each of the other characters. My personal snowflake includes some steps that aren’t in the original that involve the specifics of my novel, about magic, and hungry brooms, and fairy tales.

Right now I am on the final step before I actually start writing the thing: a spreadsheet of each scene. There are going to be a lot of scenes. I’m writing it fairly slowly, but even if I can only get through one scene a day that’s serious progress.

The only problem is, the closer I get to the actual writing program, the more nervous I get. And the more disenchanted. I don’t want to move forward. I’ve spend months amidst this glorious planning montage, and pretty soon the song will end. I’m going to have to deal with the explosions. Explosions are inevitable. Like judgement day.

I think there are two reasons why I love preparation so much. One of them is small and mundane and rooted in the vulgar mechanics of my psychology. The other is poetic and sprawling and involves dream and worldview and fundamental beliefs about the impossibility of the universe.

The first reason is that I’m scared of actually doing stuff. Preparation is a safe place where we can imagine great things without having to risk them by exposure to the sharp edges of the world. I spend my childhood telling stories inside of my imagination, and they were always perfect. They were perfect in the way that only things that don’t exist ever can be. If I was a soldier in an enchanted land, I had complete confidence in my 10 year old brain that the entire kingdom and all surrounding civilizations was richly drawn, full of interesting people, exotic magics, and terribly original monsters.

It was true because I knew it to be true. Those details couldn’t be contradicted, because they didn’t exist. They where Schrodinger’s Fantasy World, and no one was ever, ever allowed to open the box. Now, as an adult writer, the stories in my head are just as beautiful. But I have to actually tell them. I have to consign the submit the infinity of imagination to the dull alchemy that is writing them down. How can they possibly live up to my expectations? If I never go anywhere, they can stay transcendent. It doesn’t help that it involves doing work, and work cannot feel more different than imagination.

The second reason is that I don’t believe in the physical universe. Oh, I believe in it intellectually, of course. I mean, I’m sitting on a chair this very moment. But I don’t believe in it on that deep level where faith and poetry and the illogical logic of dreams all live and dance and eat persimmons that are also Santa Claus. The physical world’s existence doesn’t make sense to me. I act like it exists because it gets the job done. What I believe in, really, are possibilities.

I realized years ago that I’m happiest when the world is rich with possibilities. When what I can become or do feels more open and more real than what I can’t. Of course that’s never really the case. There are always more non-options than options, if you’re being realistic. But you shouldn’t be realistic. When you think about it, it wouldn’t be very realistic. It doesn’t make a whole lot of sense to worry about whether or not you can eat a star, or buy Spain with a bushel of oranges, or kick a mountain with a steel-toed shoe and shatter it into dust. It’s better to focus on what you can do, and that very narrow range of things you can’t do that are just outside of your possible range.

What does this have to do with preparation? It is relevant because no battle plan survives first contact with the enemy. But you won’t know how well it will survive until you’ve contacted a few enemies. That is to say, the more you practice any given skill or master any given field, the more the possibilities available to you shrink.

That sounds counter-intuitive, I know. But when you don’t know what you are doing, so very, very many things remain possible. Once you can realistically assess what you are capable of, you have to live with it. Before that, you might be capable of anything.

Somewhere deep down I don’t want to live in a world where I’m not capable of anything. This novel I’m writing might have the capacity to be as amazing as I think it can be. I might even have the ability to write it that well. But probably not. When I start to write it I will find out, one way or another. And I’ve written enough to know that the highest, most perfect version of this novel is almost certainly a dream. A wisp. A phantasm. What I can actually create won’t be anywhere near that good. And if I want it to exist I am just going to have to live with that.

On the other hand, it will exist. I will be able to hold it in my hands, and read the words I have written with my physical eyes ,full of retinas and photosensitive cells and vitreous humor. It is going to take pain to get there. To create a real novel, my perfect dream-novel has to die. I am going to have to raise a stone alter out of fantasy-stuff, and wet it with the phantasmal blood of this imagined work of impossible magnificence.

No matter how glorious the end result, no matter how worth-while, I need to take a knife to something I love. For the peach tree to blossom so I can inhale the scent of the flowers and taste the sweet flesh of the fruit on my tongue, I need to drop this perfect seed of potential into the mud, and watch it get dirty.